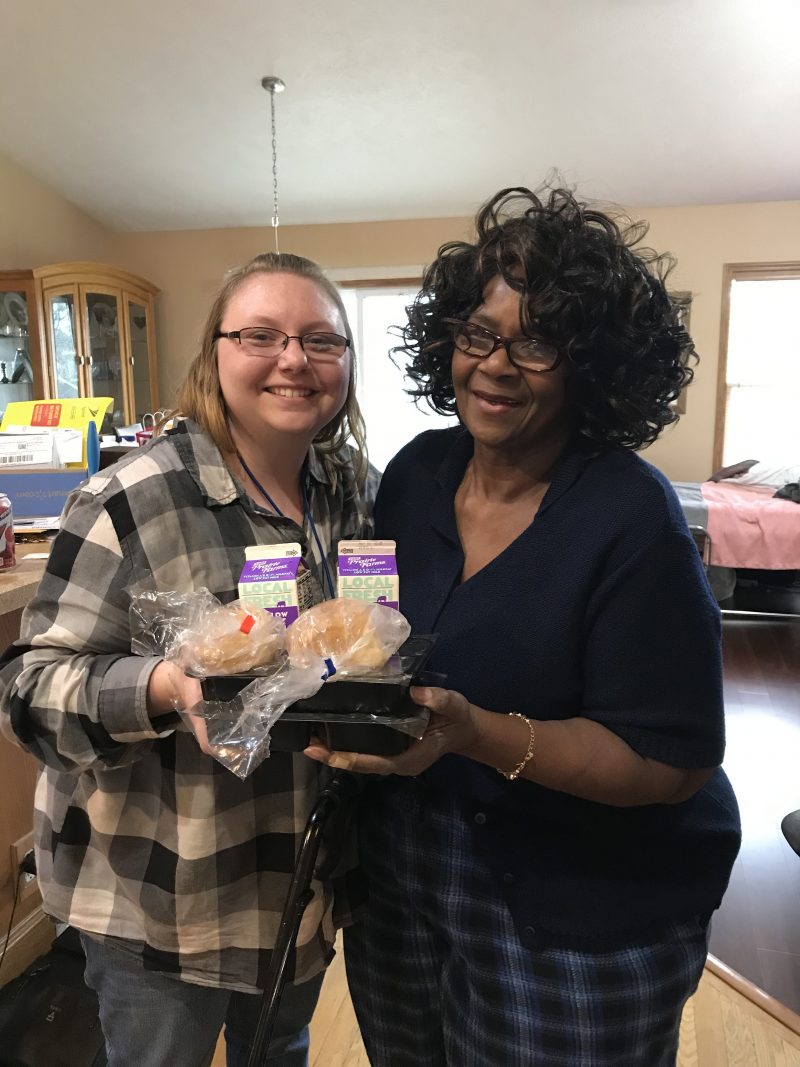 Last fall Home Delivered Meals Driver, MacKenzie offered to fill in on a route in the Wayland area. Other than different roads and clients, he assumed the day would be no different than any other. The route usually has about 34 clients; however, one client, in particular, would stand out in MacKenzie’s mind that day.

Justine, a senior living alone, always left the door from the breezeway to her home open so drivers could knock on the door into the house. MacKenzie knocked on the door a couple of times and wasn’t getting an answer. This was unusual for Justine. As MacKenzie thought about what to do next, he began to hear moaning from inside. Drivers are usually not allowed to enter a client’s home unless there is a medical exception granted. Fearing Justine was in trouble, MacKenzie opened the door to find Justine not in her chair as usual, but lying on the kitchen floor.

He proceeded to enter the home and asked Justine if she was okay. She had been retrieving something from the fridge and as she puts it, “just went down.” As Justine recalled her fall, MacKenzie glanced at the refrigerator, noticing condensation and knew Justine had been lying on the floor for some time. Together the two estimated she had been there for 4 to 5 hours. Worried about Justine, MacKenzie calmly proceeded to call EMS to ensure Justine’s health was okay. After making the call, he waited by her side until emergency responders arrived on the scene.

Medical professionals determined Justine had suffered a stroke. Mackenzie saved Justine’s life that day. Steve, Justine’s nephew, is grateful for Mackenzie’s quick response and action that day. “My aunt is currently getting stronger every day and is well on the road to recovery. I want to thank him and the whole team,” recalls Steve.

MacKenzie and Justine’s story is just one of many showing how our home-delivered meal drivers go the extra mile every day to not only provide food for seniors living in Allegan County but companionship, support and in the rare instances, emergency attention.